Thyroid function across the lifespan: do age-related changes matter? (#163)

In healthy individuals, circulating concentrations of TSH and thyroxine (T4) are tightly regulated, with each individual having a unique, genetically determined setpoint for hypothalamo-pituitary-thyroid (HPT) axis function. Multiple genetic loci have now been found to be associated with serum TSH and free T4, but these account for only 5.6% and 2.3% of variance in TSH and free T4 respectively (1); thus most of the heritability of HPT setpoints remains unexplained. HPT axis setpoints are probably established in utero, accounting for the altered TSH-free T4 relationship observed in children with treated congenital hypothyroidism.

The TSH-T4 relationship is central to the pathophysiology and diagnosis of thyroid disease, and is routinely described as inverse log-linear. In an analysis of TSH and free T4 results from 152,261 individuals collected in a single laboratory, we have shown that the relationship between log TSH and free T4 is in fact complex and non-linear, and best described by two overlapping sigmoid curves with inflexion points above and below the free T4 reference range (2).

Previously it was thought that TSH secretion declined in old age. Recent studies have shown, however, that aging is associated with alterations in HPT setpoint and the TSH-free T4 relationship such that at physiological free T4 concentrations, older people have higher TSH levels than younger people (2,3). Several lines of evidence suggest that this age-related TSH increase is not associated with adverse outcomes. It remains uncertain whether age-related TSH reference ranges should be generally adopted (4), but a strong case can be made for conservative management of subclinical hypothyroidism in the elderly, particularly the very old (80 yrs plus). 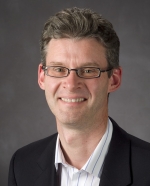