Mitochondria in the early embryo: Setting the trajectory for life (#75)

The oocyte and early preimplantation embryo are unique in their reliance on mitochondrial based metabolism of carboxylic acids for ATP production. The mitochondria in the early embryo are exquisitely sensitive to the environment, as a loss in mitochondrial function is one of the first measurable changes in embryo viability in response in vivo or in vitro environmental stress. We have used a mouse model to incrementally reduce mitochondrial function (via partial uncoupling) and ATP output during preimplantation embryogenesis to establish the effects on embryo development, implantation, fetal growth, placental function and determine the extent of any on-going impact to offspring metabolic health. Reductions in ATP production (-30%) do not alter the capacity of the embryo to develop on-time to the blastocyst stage, however, cell number and allocations are reduced in a dose-dependent manner. Fetal growth is reduced by impaired mitochondrial output presumably due to changes in placental function, including alterations to placental glucose transport and methylation changes in Igf2. In addition, perturbed embryo mitochondrial function leads to both male and female offspring being smaller at birth. During early development (3-8 weeks of age) this difference dissipated such that there was no difference in body weight at 8 weeks. However, both males and females derived from embryos with reduced mitochondrial function gained significantly more fat compared to lean mass and bone mass (males: 1.4x fold increase in adipose tissue versus controls, females: 10x fold increase in adipose tissue versus controls). At 8 weeks females had vastly increased adipose depots and displayed evidence of reduced glucose tolerance and reduced insulin sensitivity both of which were exacerbated at 17 weeks of age. Taken together this data indicates that maintenance of mitochondrial function during preimplantation embryogenesis is not just detrimental to viability but also leads to lifelong impairment to offspring growth and metabolic health. 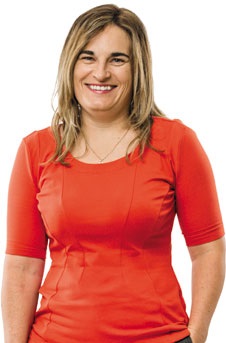 Dr Michelle Lane is currently the Chief Scientific Officer for the Monash IVF Group (which Repromed is a part of) and a Senior Lecturer with the Research Centre for Reproductive Health. She received her Ph.D. in December 1996 and then spent 2 years at the University of Wisconsin as a post-doctoral fellow before moving to take up a Senior Scientist position at the Colorado Center for Reproductive Medicine. She has combined her research appointments with clinical embryology since 1992 when she moved to a scientific advisor role to 2 clinics in the USA and then Scientific Director. At the end of 2003, Dr. Lane returned to Australia at the University of Adelaide to establish a clinical orientated research program in the area of mammalian embryology and oocyte biology. In 2004 she was awarded a ‘Tall Poppy’ award for recognition of excellence for young biomedical researchers in South Australia. In 2005, she began as a NHMRC RD Wright Fellow. Dr. Lane has published extensively in the area of preimplantation embryology and has co-authored 51 premier peer-reviewed journals (including Nature Biotechnology, Journal of Biological Chemistry, Developmental Biology and Biology of Reproduction, the highest impact factor reproduction journal), 11 review articles, edited 2 books and written 17 book chapters. Her intellectual input into this published research is demonstrated by the number of first and last author publications attributed to her (53 publications). Dr. Lane is an innovative researcher with extensive experience in intellectual property protection and commercialisation as evidenced by being an inventor on several different patent applications Dr. Lane has established herself as a highly motivated researcher with a growing international reputation.